What are the most used Bicing stations?

Some months ago, I posted a text about the BicInTime, an app to plan trips using public bicycles.

For 8 months, I have collected the public data provided by the Barcelona City Council. Based on that, I created a heatmap of the city based on the use of the Bicing stations, that you can see below: 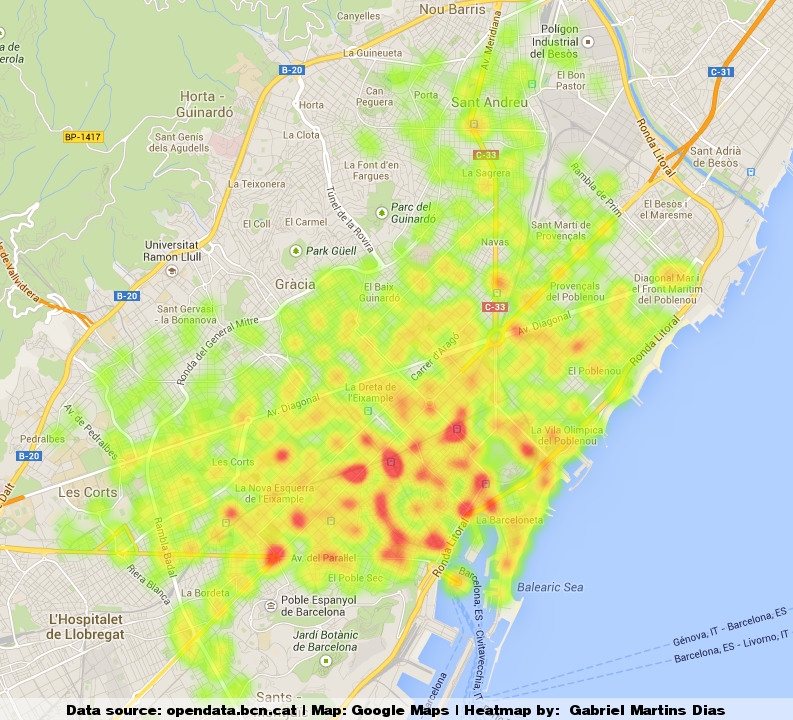 The points in red are the places where the stations are most used and green parts where the use is not too intense. What we can see is that most of the red points are close to metro and train stations and Universities where it is (luckly) also common to find more than one station. It was also obvious that people don’t like to go uphill, so the stations far from the beach are less used than those close to the sea.

Also, it seems that people like to go shopping riding the Bicing: one of the most used stations is at the Shopping Center Glòries.

How can this be useful?

If you are planning to go somewhere using a bike from Bicing, you should consider trying one of these stations in red. The high number of people arriving and leaving means that you’ll probably find bicycles and free slots more often.