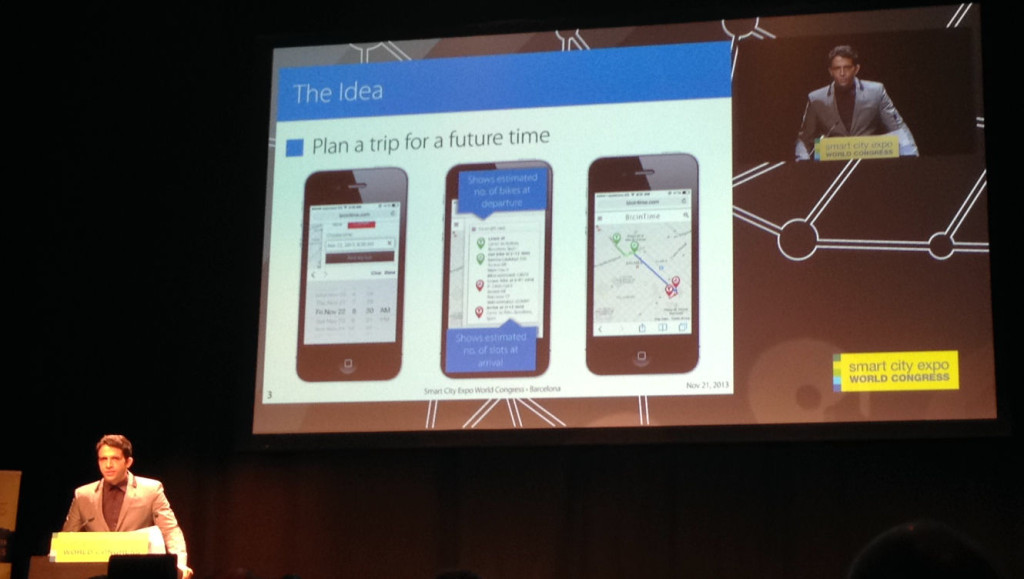 The app “BicInTime” is an HTML5 app that lets people plan their Bicing trip with in advance, giving them the best stations to get and leave the bike. It uses the daily and weekly history of Bicing usage, enhanced with data about public holidays, local events and weather forecast. Based on the data from the past, it estimates how many bicycles and slots a person will find at the closest stations. The final recommendation is the fastest route with the largest chances of success.

Hack @ Uni was a contest of applications for mobile devices that promoted the participation of students from universities, research centers and professional secondary schools. The goal of this competition was to give students the opportunity to learn how the world of Apps. A key point of the event was to promote the use of public data Opendata. For this reason, the University Pompeu Fabra through Opencities European encouraged the participants to use extract and use public data by giving free access and a bonus point at the voting phase.

BicinTime awarded the first prize that included the possibility to present the idea to SmartCities Expo 2013, which was hold in Barcelona during November 2013.

The authors of this idea were me (Gabriel Martins) and Alex Bikfalvi, a PhD candidate and a post-doctoral researcher at the Pompeu Fabra University, Barcelona.

A short overview of the app can be seen in this demo: